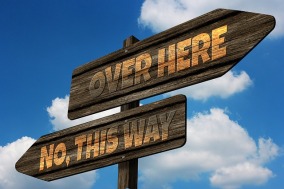 For several hundred years they had not been in charge of their fate and lived as slaves.  They never really had the freedom to choose what to do, where to go, or what to eat.  And had no time to worship You, or even think about what their future might hold.

All they knew: slavery = more of the same.

And while their freedoms had been stripped away, there was stability and security in what they had.  Barring illness or disobedience, they were provided for, albeit to keep them in working condition for the Pharaoh.

So in this newfound freedom after leaving Egypt, when problems rose, like no food or water for two million people, it was a big deal.  And they were not prepared to cope.

Those things had been provided for them before.  And even though their labor had been hard and bitter, it was at least predictable.   So during these times, it was so easy for one of them to look back to when there was a bit of security and minimal provision; and convince others that what was behind them was preferable to the unknown ahead

Lord, how many times have I preferred the predictable to the unfamiliar?  It takes courage to step out in a new direction, to get up off the couch of complacency.

I go back and forth between disbelief at how the Israelites rebelled against You even in the presence of the observable and awesome miracles; and being able to understand where they were coming from.

Father I pray You would help me be courageous in accepting what comes from Your hand.  If it requires change on my part, let me be willing to take the necessary steps without whining and complaining.

Remind me of the times in the past when You have rescued, delivered and supported me through difficulties and challenges.  Let those memories add to my faith and increase my trust in You.

And I will say, “whenever I am afraid I will trust in You” and “walk before You in the light of life”.  Amen