Father, Habakkuk sees the injustice of the wicked prospering and succeeding in their treachery. He prays: “Lord, I have heard of Your fame; I stand in awe of Your deeds, Lord. Repeat them in our day, in our time make them known…”. I would echo his words, Father. How I long for You to make such a display of Your power that none can deny You. That everyone in the world would see what I see in You! Then all would worship You as You deserve.

This prophet Habakkuk reminds me of Job in the final assessment of his condition. Job said “Though He slay me, yet I will hope in Him”. Amazing! Habakkuk was just as steadfast in his statement of faith. He painted a dire picture of possible conditions, then restated that he would still “rejoice in the Lord” and “be joyful in God my Savior”.

Looking at his picture of possibility, he included “Though the fig tree does not bud and there are no grapes on the vines, though the olive crop fails  and the fields produce no food, though there are no sheep in the pen and no cattle in the stalls.” This would have been a dire circumstance in deed.

As I learned before, a fig tree takes longer to mature and produce fruit than most fruit trees. So no buds means no figs! This would mean that years of effort and care had come to nothing. Also, as they are the last fruit to appear, at the end of the summer, they would have been the last hope of food to get them through winter. Figs can be eaten fresh, or dried and pressed into cakes to store for later use. No figs would mean no food stores to last till the next year’s crops came in.

With no grapes on the vine, there would be no wine! Wine and bread were the staples of the diet. And wine was also instrumental in celebrations. So no celebrations! Drying the grapes produced raisins that, again, could be eaten or pressed into cakes and stored.

Olives were a crop that had many uses. Besides eating olives, the oil was pressed and used in soaps, cosmetics, cooking and medicines. It was also used for fuel in their lamps. So no olives meant literally, dark times indeed.

In Habakkuk’s time people depended on the crops they planted to provide food for their tables. Without these crops, there would simply be no food. The only meat in their diet was from the sheep and cattle in the stalls. Without them, famine and starvation were in their future.

This picture Habakkuk paints is one of complete failure of his basic needs for life. Yet he is willing to accept it all and still rejoice in You! It would be as I see some families in the news today who lose everything to a flood or storm.   Father, give me a steadfastness of faith like Habakkuk had. Help me in all circumstances to “rejoice in the Lord”! Help me, when there seems no hope by earthly standards, to “be joyful in God my Savior”. I praise You Father, and I stand in awe! Amen

Father, two of today’s verses have saved me when I needed to recite Bible verses as a child. As far as I know, they are two of only three verses that contain only two words. I Thessalonians 5:16 “Rejoice always” and 5:17 “Pray continually”. Because they contain only two words, (making them easy to memorize and remember) and are so straightforward and to the point, I’ve always considered them important.

I loved English in school, and learned that when no subject is present, like these verses, the subject ‘you’ is understood. So whomever the speaker is speaking to is commanded to do the verb that follows. A command is stronger than a simple statement. When given by someone with authority it means to obey immediately, without further thought or discussion. In these cases, I am to “rejoice” and “pray”.

Rejoice means to feel or show great joy or delight. It is the opposite of showing sadness.   It is not whining or complaining. It is not arguing or showing anger. I don’t think it means I can never have a negative emotion or express my feelings, but I should be looking to see the good side of what is going on in my life. I should be watching for things to be joyful about, and then let others see why I am joyful. 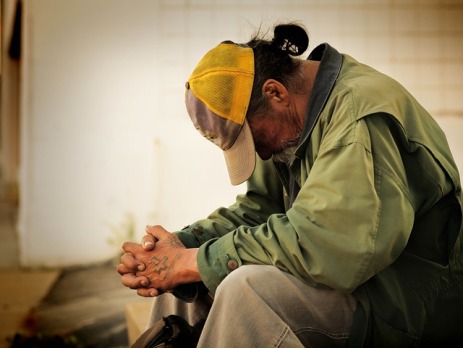 Pray, very simply, means to talk to You. The adverbs that follow each verb tell me how to do the action the verb specifies. So when it comes to “rejoice”, the word is “always”. In other words (or in the same words) in ‘all ways’, in all things, in all circumstances, I need to be looking for the joy You bring me.

And the adverb for “pray” is “continually”, meaning ‘all the time, repeated frequently, constantly, without interruption’.

So, at all times, in all situations, in all things, I should strive to show my joy and be in communication with You. Along with “give thanks in all circumstances”, “this is God’s will for you”, these directives tell me it is Your desire to hear from me. And to hear my gratefulness.

Paul said these words to believers who were enduring hardship and persecution. How much more should I be able to find things in my easy, twenty-first century life of freedom to be thankful and joyful about? These are convicting Words, Father. And Words of instruction and encouragement! Thank You for making them so easy to remember! Amen